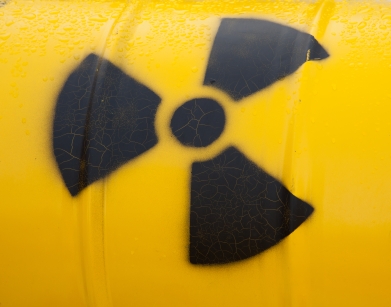 Senator Sean Edwards claimed that an expansion of the nuclear fuel cycle in South Australia could provide low or even no cost electricity, create a generation of high-paying jobs and do so without any subsidies from government. His plan is to take spent fuel from older nuclear power plants from around the world, and reprocess them for use in fourth generation reactors here in Australia. We could be paid to take waste which we then turn into fuel, providing free electricity.

So called fourth generation reactors are not yet commercially available but are predicted to become available sometime in the 2030s. If these reactors become commercially available they will be able to take spent fuel rods (currently treated as nuclear waste) from older nuclear reactors and use them to generate electricity. This effectively turns a waste source into a valuable commodity. The claim that low or no cost electricity can be produced comes from the idea that other countries would pay South Australia to take their nuclear waste. This would mean that not only will South Australia pay nothing for its fuel costs but it would generate an additional revenue source from taking other countries waste and turning it into a commodity. We will address his argument as three linked claims:

According to the US Energy Information Administration, fuel represents less than 15% of the cost of generating electricity with advanced nuclear power plants. Most of the cost is in the initial capital expense and maintenance of the reactor. Even if Australia received “free” fuel – a wildly optimistic hope – the cost of building reactors is still great. Wind and solar have no fuel costs, but no one thinks renewable electricity is free. Furthermore, the cost of setting up an international waste storage component would be extreme large. The Pangea proposal which looked at setting up a nuclear waste disposal facility in the late 1990’s included port facilities and a fleet of specialised ships. It showed that any waste facility would be very expensive. The first ton of waste that Australia received would require a gamble of many billions of dollars.

Perhaps the cheapest way to take a gamble on nuclear power might be to create temporary storage facilities now, use this brief window before fourth generation reactors are deployed commercially to get paid to take waste, and be among the first in the world to build the reactors which can use our newly acquired waste for fuel. However, the risks are obvious. If fourth generation reactors turn out to have high costs of operation, we would be locked into expensive electricity. If they can’t be made to work commercially at all, we would have given ourselves a high-level waste problem for tens of thousands of years, a problem that may not have a solution. And if they are cheap and effective, most countries could build their own and bid for the fuel we are so generously taking for a fee. If we can plan ahead for fourth generation technology, so can everyone else. Even at best, if everything goes just as hoped, the payoff for our gamble is paltry. A 15% reduction in energy costs from nuclear reactors, which already have a higher cost per unit of energy than new wind and solar generators, is far from “free” electricity. A waste industry, costing billions to set up, which will see its revenues killed off – in as little as ten years – by the very technologies we hope to champion, can hardly be said to provide “generations” of high-paying jobs. And we will inherit a nuclear waste storage problem that must be solved for at least hundreds, and perhaps thousands, of years. The most risk for the least reward is not a smart business plan. Free electricity is no more than a pleasant dream.